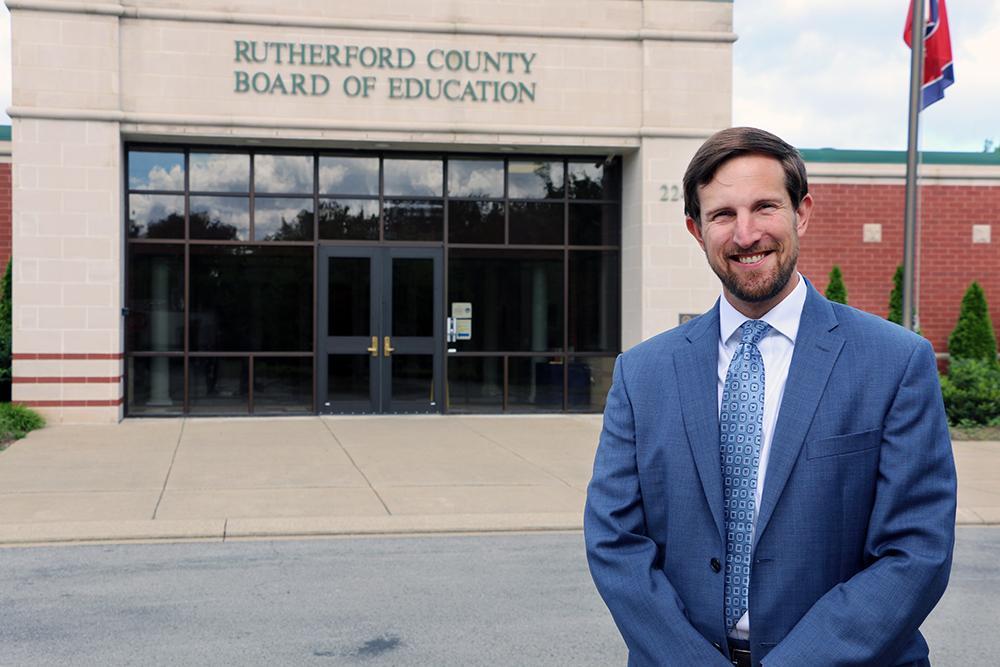 Dr. Sullivan has served as the assistant superintendent for Curriculum and Instruction since 2019. He previously served as the founding principal of Rocky Fork Middle School in Smyrna when it opened in 2017. He served as the principal of Harris Middle School in Bedford County for five years, and was the change agent who helped the school move from the brink of takeover status from the Tennessee Department of Education to a Level 5 school, which is the highest rank available for a school in Tennessee.

Sullivan received his bachelor’s degree and teaching license from Tennessee State University. He completed his master’s degree in education administration from Middle Tennessee State University. While principal of Harris Middle School, he completed his doctorate in education with an emphasis on Learning Organizations and Strategic Change, a degree he put to immediate use as principal.

Dr. Sullivan plans to be visible with educators, parents and students. He wants to focus on improved communications with all stakeholders, explaining expectations, and building a culture of mutual respect and success.