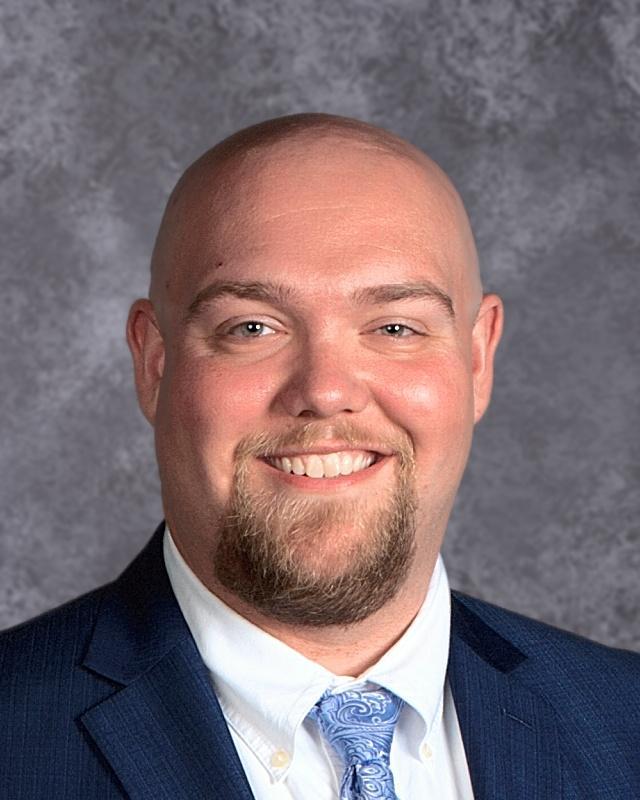 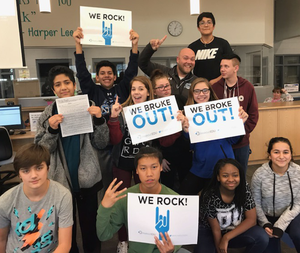 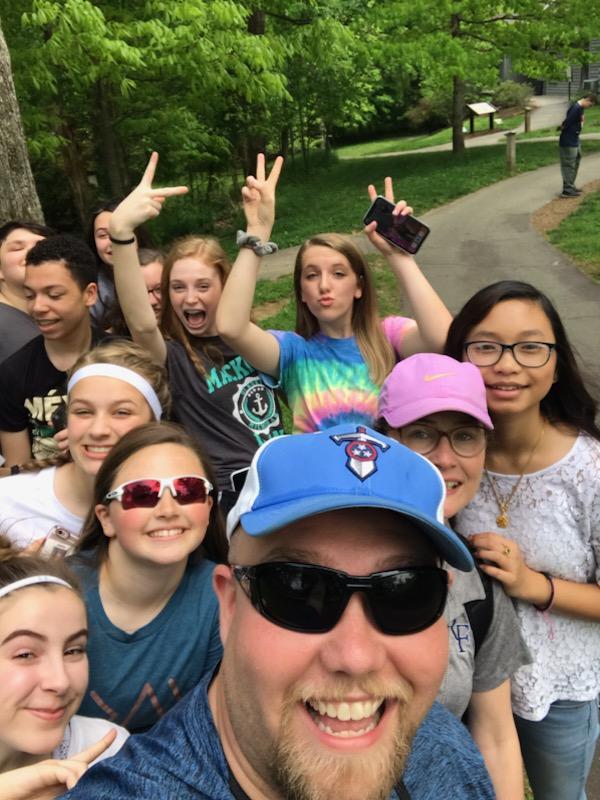 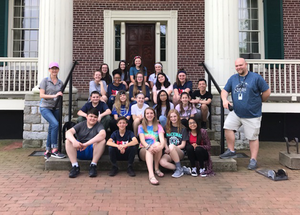 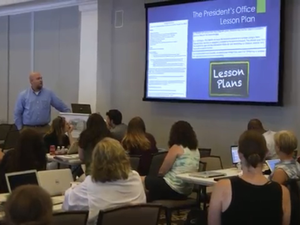 In addition to a $1,000 honorarium, Brannon will receive a core archive of American history books and Gilder Lehrman educational materials for Rocky Fork Middle and recognition at a ceremony here in Tennessee.

Dustin Brannon always knew he was going to be a teacher.

When it came time to choose a career in the classroom, Brannon knew he had an inherent desire to teach.

Brannon was recently rewarded for his passion.

The eighth-grade history teacher from Rocky Fork Middle School has been named the 2019 State History Teacher of the Year, an award presented annually by the Gilder Lehrman Institute of American History.

Gilder Lehrman is the nation’s leading organization dedicated to K-12 American history education. The award honors one K-12 teacher from each state, the District of Columbia, Department of Defense schools and U.S. territories.

“I was kind of shocked,” Brannon said.

He added, “I had to take a double take. I thought they were just going to say, ‘Congratulations on being nominated, but we went with someone else’ or something like that.”

In addition to a $1,000 honorarium, Brannon will receive a core archive of American history books and Gilder Lehrman educational materials for Rocky Fork Middle and recognition at a ceremony here in Tennessee.

“It’s a treasure trove of resources for the schools,” Brannon said. “I’m not sure what that entails yet.”

Brannon is now being considered for a national honor.

In fall 2019, the National History Teacher of the Year Award will be selected from a pool of state winners and then be presented in New York City on Oct. 2, 2019. He will also receive free admission to the summer conference in 2020. There are several sites and he is considering traveling to Scotland.

In the past, Brannon, who earned his undergrad in interdisciplinary studies and a master’s in administration at Middle Tennessee State University, has been a presenter at several conference including the White House Historical Association and the National Endowment for the Humanities.

“I’ve always liked American history and there’s something about those first three presidents that I liked the most,” said Brannon, who added, “I’m going to teach you the good, the bad, the ugly and the awesome parts of history. It’s not just, ‘let’s glorify all these people.’ I mean, every single one of those people, especially those first few presidents that I teach, all had their downfalls and … that really makes it seem like they’re not just someone whose face is plastered on the side of a rock. They were actually living and breathing people at one time.”

Brannon’s lesson plans, much like his presentations for fellow history teachers, involve more than memorizing names and dates on a timeline of historical events.

“I want to make that stuff come to life,” Brannon said, “so whenever I’m making lesson plans, I’m trying to put myself in the seat of an eighth-grader. What would make it more interesting?”