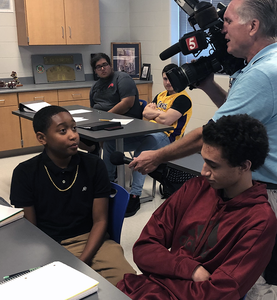 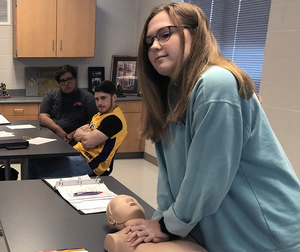 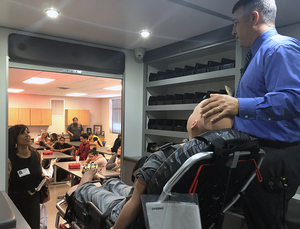 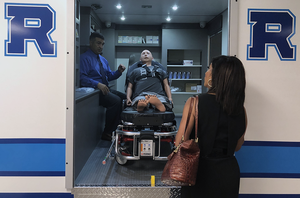 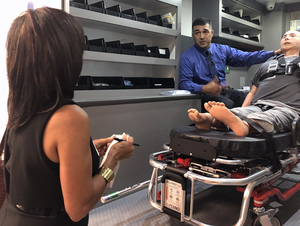 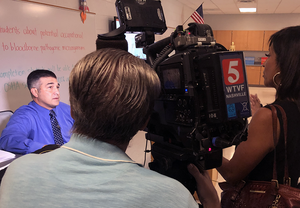 The first time Eric Sacharczyk climbed in the back of the simulator, he said it was just like being assigned to an ambulance.

But he was not in Memphis anymore.

He was sitting in a classroom simulator at the newly opened Rockvale High School.

“It gives students a realistic feel of the environment that they’re working in,” Sacharczyk said.

As the new emergency services pathway — which consists of field medicine or pre-hospital environment — continues to develop, Sacharczyk and Crystal Hawkes, who teaches the therapeutic pathway, will be able to cultivate joint lessons along with the nursing and receiving procedures that are being taught in the classroom next door.

“This will allow us to treat, simulate transport and treatment and then turn the patient over to the hospital beds in the next classroom,” Sacharczyk said, “so there will be a collaborative effort. The nice thing about that is nursing students learn how to speak field medicine language, and providers, who are EMT’s or EMR, learn how to interact with nurses.”

Sacharczyk (pronounced Sa-car-zikk) was previously a firefighter and paramedic for the City of Memphis. Last year marked 25 years of fire service and 20 years as a career firefighter. He spent three days on the South Tower after 9/11 and 32 days in the gulf following Hurricane Katrina.

Prior to accepting a teaching position with Rockvale, Sacharczyk was an instructor at a firefighter academy in Memphis, where he taught special operations.

“Instruction is a passion,” he said, “and it allowed me to give back to those who are going forward.”

The program will be the subject of a School Patrol segment with Vicki Yates on News Channel 5. The segment will air during the 6 p.m. newscast on Wednesday, Sept. 3.

Julia Dozier, a sophomore, performed CPR on camera. Her father is a firefighter and EMT, and “always had all the equipment around the house and I always wanted to do whatever he did,” according Dozier.

“She did very well,” Sacharczyk said, “especially for being put on the spot.”

This year, students are enrolled in an introductory health science course, which exposes them to various career choices, and will follow up with medical therapeutics in an effort to provide them with more hands-on time with diagnostic tools and skills.

The third level course is designed for the EMR program and, at 17, students can test for their national certification. Once they pass the test, the plan is for seniors to enroll in a dual credit course and, at 18, test for a national registry certification.

“That puts them on track into EMT and onto paramedic,” Sacharczyk said, “which can put them into an emergency room in fairly short order, put them in the back of an ambulance in really short order. It opens up the opportunity to go to work for a fire department with the emergency medical responder certification already taken care of. They go through fire school — 10, 12 weeks — and then they’re on the street practicing their skills.”

Sacharczyk added, “I encourage anybody that wants to go to medical school to become a doctor, to go this route because you’re seeing it all pre-hospital (and) next door, they’re going to have that emergency room experience.”