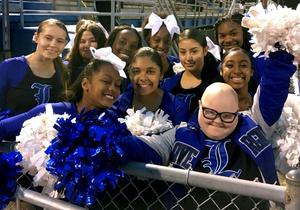 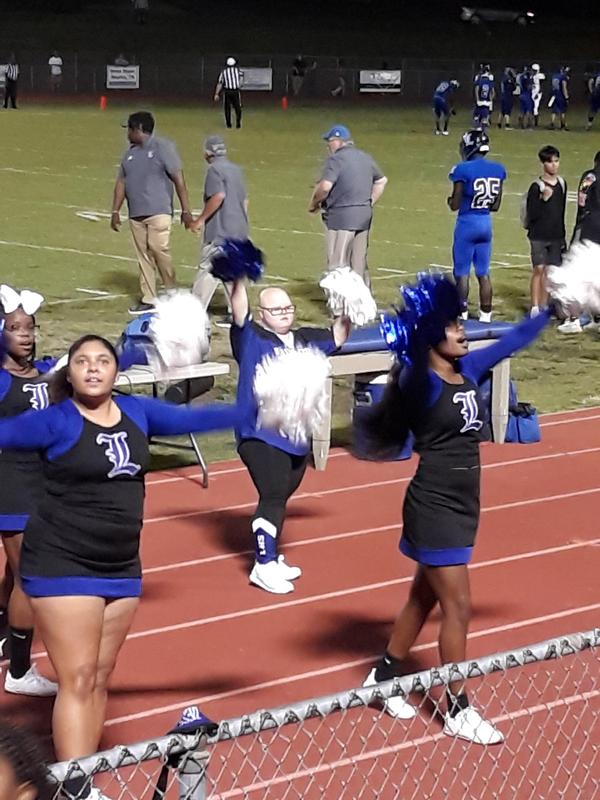 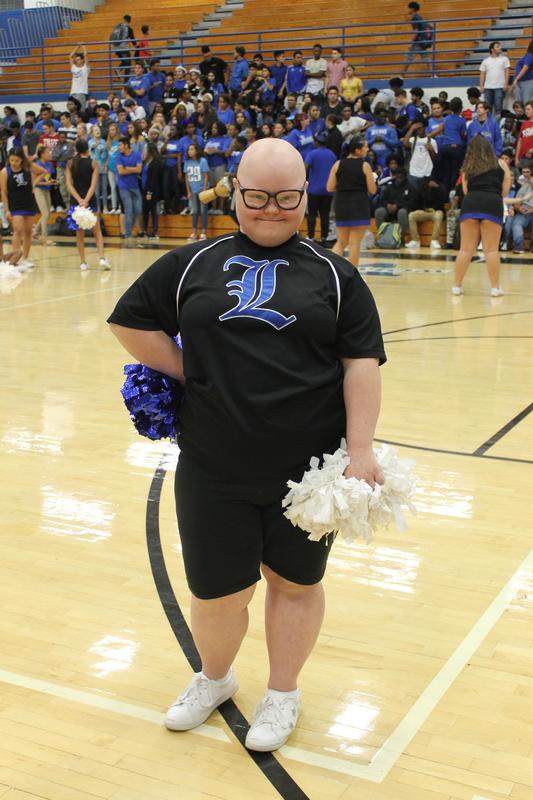 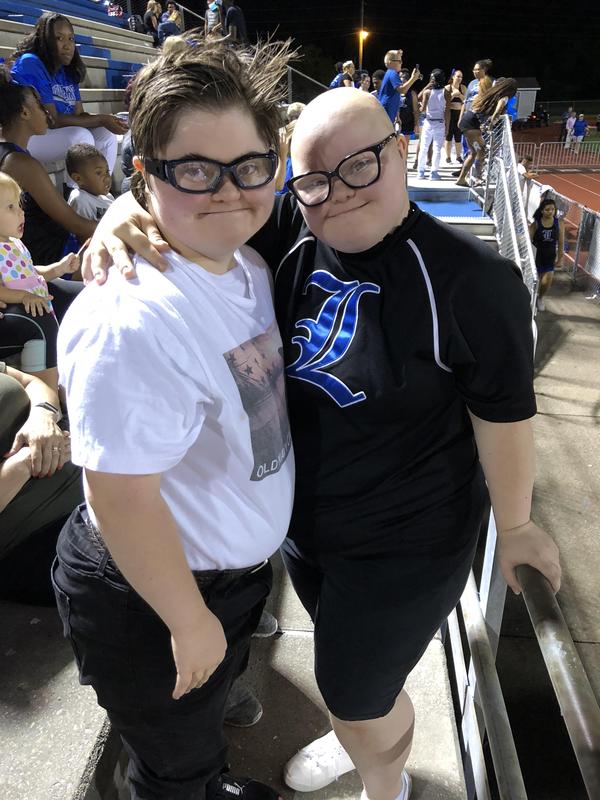 Diana Kerner, a special education student at LaVergne High School, enjoys second year as a member of the cheer squad

Diana Kerner is confident. The 18-year-old returning student at LaVergne High School is not afraid to express how she’s feeling or what she thinks. She’s also kind, giving and never walks away without sharing some words of encouragement, especially among her fellow cheer team members.

“Diana brings a very vivacious personality,” said Hailey O’Conner, who is in her first year coaching the team. “She’s our biggest supporter and she’ll tell us straight up, ‘Ladies, we’re not doing so well’ or ‘this is so great. We’re awesome.’

Kerner graduated from LaVergne last year as part of the Class of 2019, but special education students can return to school until they are 22 years old.

She likes math and spelling, recently started working at Kroger as part of a work-based learning program and enjoys when shoppers “stop and say hello.”

Diana and her twin sister Lauren had a duo — Diana sang and played guitar, while Lauren played drums — but Diana said they're doing their own thing now.

This is the first school year since Kerner arrived at LaVergne that she has not had Autumn Shands as her special education CDC teach. Instead, this year, Lauren is with Shands while Diana moved to a classroom across the hall.

“It’s good for both of them to experience new instructors and teachers,” said Shands, who joked that she’s now “part of the fun stuff” throughout Diana’s day.

For Kerner, who has her own edgy style and plans to pursue fashion design at Middle Tennessee State University, nothing is more fun than cheerleading.

Last year was her first with the team and she is participating again this year during the football and basketball seasons.

“I get excited,” Kerner said. “I like to dance to different songs.”

The team practices every Tuesday, Wednesday and Thursday after school. They practiced the same three days all summer from 8-10 a.m. in the heat.

“Every day she was there sweating with us,” O’Conner said, “learning these cheers.”

One particular day, the team was working on a new pyramid.

It was hot and it got frustrating for everyone, which also made it emotional.

“We were really struggling,” O’Connor said. “We had just come back from Premiere and … it was not going well. I was like, ‘Diana, what do you think about this?’”

She replied, “It’s not great.”

Kerner and the rest of the LaVergne cheer team have five regular-season games remaining on their schedule, including a trio of home games on October 11, 18 and 25 before focusing on the fast-approaching basketball season.