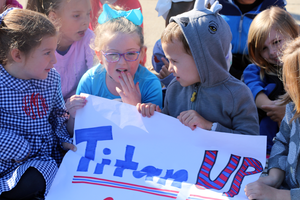 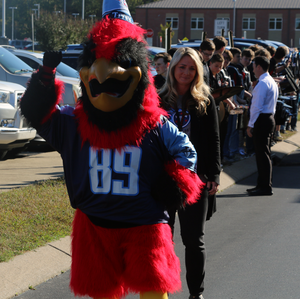 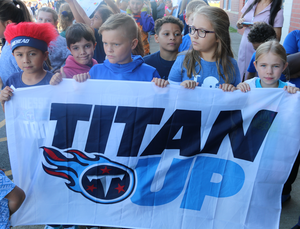 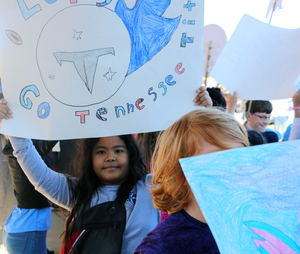 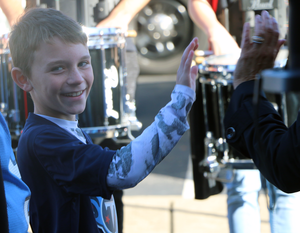 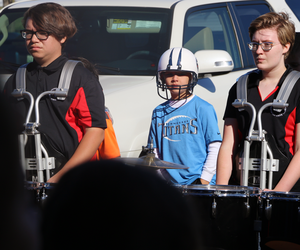 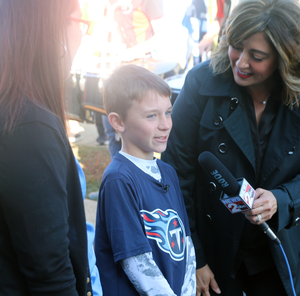 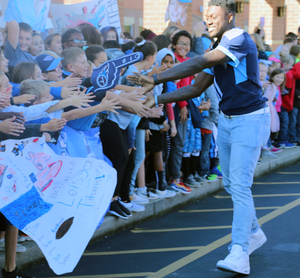 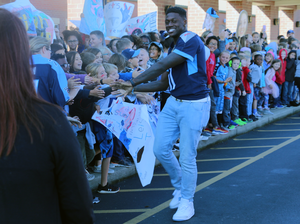 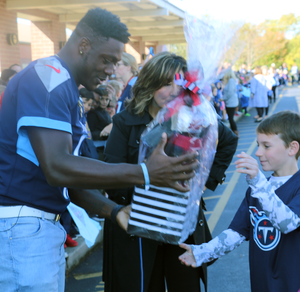 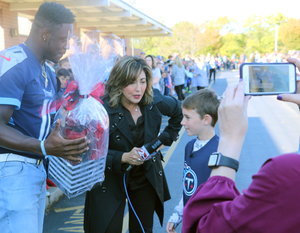 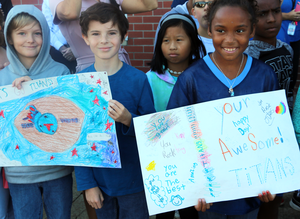 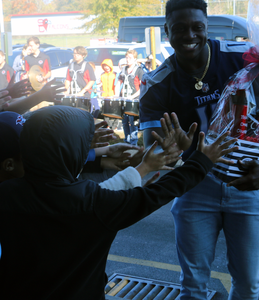 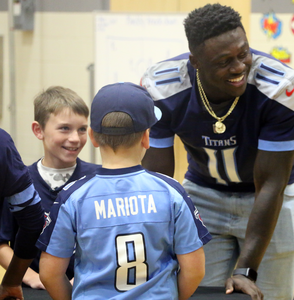 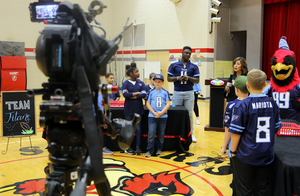 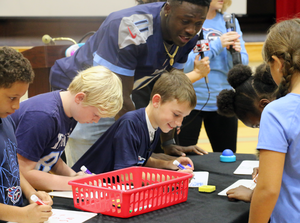 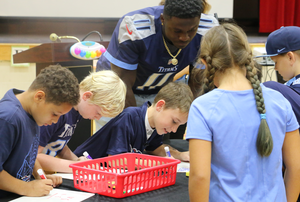 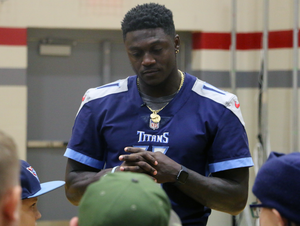 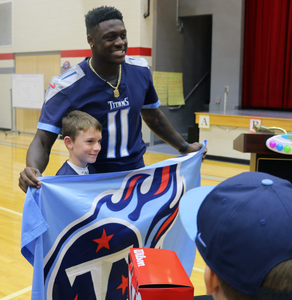 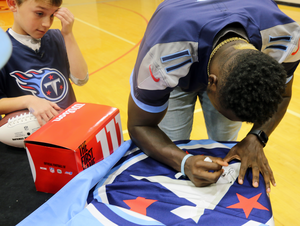 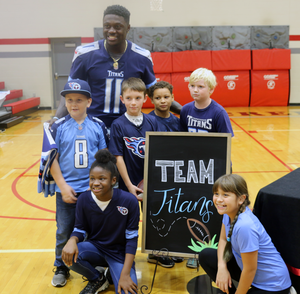 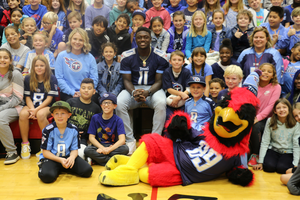 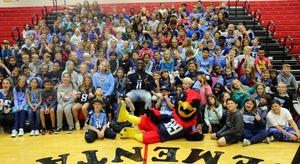 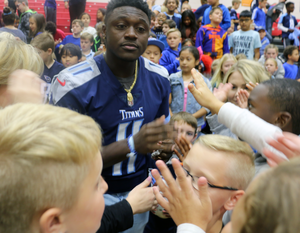 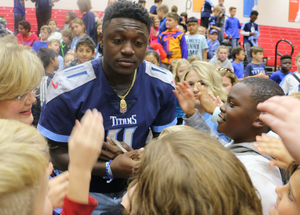 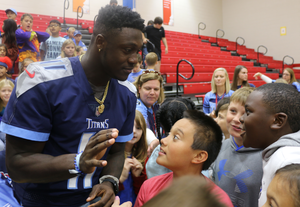 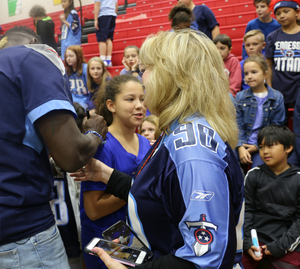 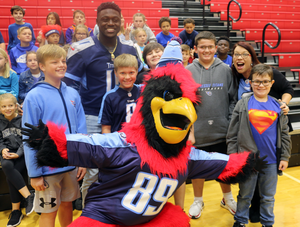 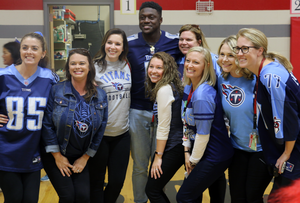 Strickland and the entire class of fourth graders – 180 of them – were selected by News 2 in Nashville to “Take a Titan 2 School.”

“I love watching the Titans and I love going to games with my dad,” Strickland told News 2 host Silvia Castaneda, during a Facebook Live event in the moments before Brown was greeted by the entire student body of more than 1,000 students. “I think my friends would be excited for a Titan to come to school.”

After exchanging high-fives with as many students as possible and meeting Strickland and Stewarts Creek principal Tina Turner, Brown took part in a special tribute to the late Ginger Tucker, former principal who passed away two years ago, and then participated in a “Are You Smarter than a Fourth Grader?” quiz bowl in the gymnasium.

The entire visit was streamed by News 2 on Facebook Live.

Brown, a second-round pick out of Ole Miss, is in his rookie season. Earlier this season, he had a breakout game in a 24-10 win over the Atlanta Falcons when Brown caught three passes for 94 yards and a pair of touchdowns.

In addition to posing for photos and signing autographs, Brown gave Strickland a signed ball and personalized a Titans flag for the youngster. In return, Strickland gave Brown a Stewarts Creek shirt, hat and blanket.

While visiting the Ginger Tucker Memorial Library, Brown shared a childhood memory of his own.

“My parents read to me when I was young,” Brown recalled. “I’m just glad to be a part of (today’s event).”