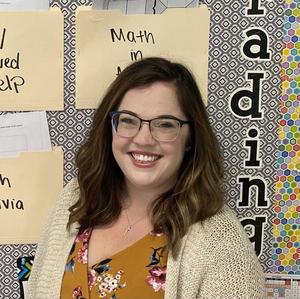 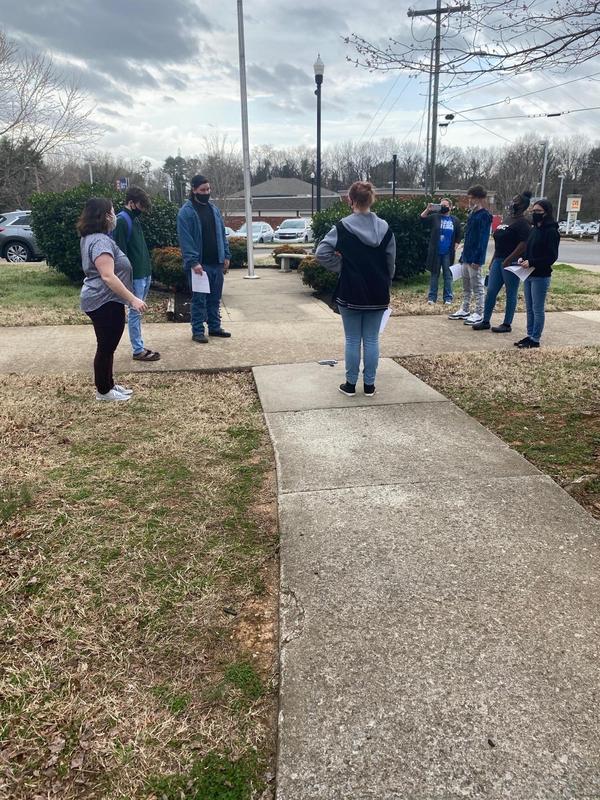 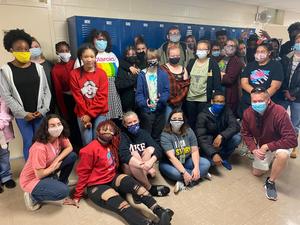 Monica White was buckling her two-year-old son, Steven, into the car seat of her GMC Acadia when she heard the email notification on her iPhone ping.

Initially, she was too nervous to read the email regarding her application for this year’s Presidential Awards for Excellence in Mathematics and Science Teaching.

Curiosity ultimately led her to clicking open the email.

It was not until 84 words into the message that the fifth sentence finally read: “We are excited to let you know that you have been selected as a state-level finalist for PAEMST and your application has been forwarded to the national level for review.”

It was typed in bold letters. In hindsight, White said she should have let her eyes focus on the bold typeface. Instead, she read about the “high quality of applicants” and how “Tennessee has an incredible teaching force” as well as the “extremely difficult task” faced by the judges.

“I didn’t want to miss anything,” said White, who burst into tears and ran back inside the school with her toddler to share the news with Sumatra Drayton, principal at Holloway. “It was just a really exciting moment and Mr. (Fred) Campbell, (assistant principal at the school), was thrilled too.”

The notification included detailed feedback on her application, which also included a videotaped lesson plan, and she has since modified her original application with a five-page addendum that was due May 12. Her latest document included a letter written by Trinity Chandler, who graduated from Holloway last week. Chandler wrote about the personal impact and influence White had during her junior and senior years at Holloway.

“Mrs. White's passion for math is on display every day in her classroom, which is why her students love and appreciate her so much,” said Dr. Kyle Prince, high school math specialist for Rutherford County Schools.

One math and one science instructor from each state will be chosen at the national level.

White hopes to know if she’s been chosen to represent Tennessee’s math teachers by the end of summer.

“I just couldn’t believe it,” White said, “and, so, it was just so exciting to make it that far.”

White believes her application may have stood out from others because of the environment — “we’re focused on real life experiences here” — she worked hard to depict in the application that took the better part of six weeks to complete. During that time, she consulted with Prince and Dr. Samantha Stevens, a former Presidential Awards winner, who teaches math at Tullahoma High and was assigned to mentor White regarding the addendum to her final application.

Holloway is the only school where White has ever taught.

Next week, she will have completed her ninth year.

Her mission has been to help students who may not have always had a positive experience with math courses in the past. She has earned a reputation of raising the energy level and getting her students to “interact with math, instead of just doing it on whiteboards or paper.”

For instance, she taught her students how to measure a flagpole using mirrors.

The lesson was featured in the video portion of her recent PAEMST application.

More recently, she discovered several students — many of whom have been forced to grow up at a young age and often work every day to help provide for their families — had never flown a kite. She turned the childhood excitement into a math lesson using the Pythagorean theorem to measure the sides of their individual kites and how to measure the angles using trigonometry.

Each student built and flew their own kite using trash bags, wooden dowels and string.

“They do all kinds of things that teenagers don’t normally do,” White explained, “so getting them outside and … to be a kid and fly a kite, I think all teachers here at Holloway do that and try to educate the whole student.”

Yes, the lesson was a fun, but White added, “We’re helping them with their emotional needs and their needs at home and their educational needs. We’re not just honed-in on, you need to learn the Pythagorean theorem.”

White is always seeking out new ideas and expanding her teaching strategies and math content knowledge, wrote Prince, in a letter of recommendation.

“She goes above and beyond to provide her students with an engaging math experience and is constantly encouraging them to have a growth mindset towards math,” said Prince, who noted White having an equal passion for students and curriculum. “As a result, her students begin to believe in themselves, which has a lifelong impact.”

White’s “commitment to help others” is something she inherited from her mother, Michelle Malone, who was a nurse. Her father, Danny Malone, who was paralyzed from the waist down when he was 18 years old, exhibited a tenacity to never give up and the importance of always expressing a positive attitude and spirit.

Though it was a tragic accident that left him in a wheelchair, Danny did not let his life become a tragedy.

The accident happened a few weeks after his first date with Michelle and a week after graduating high school. Together, White’s parents persevered — though Danny could not pursue a career welding, he opened his own business repairing jewelry — and ultimately proved to an inspiration for their daughter.

Just as her mother was always there for her father, who passed away last year at 58, White has combined the best of Michelle and Danny in her classrooms.

She unconditionally loves every one of her students.

And, more importantly, she loves getting to know their stories.

“I just couldn’t imagine not working here,” White concluded. “It’s been a blessing.”