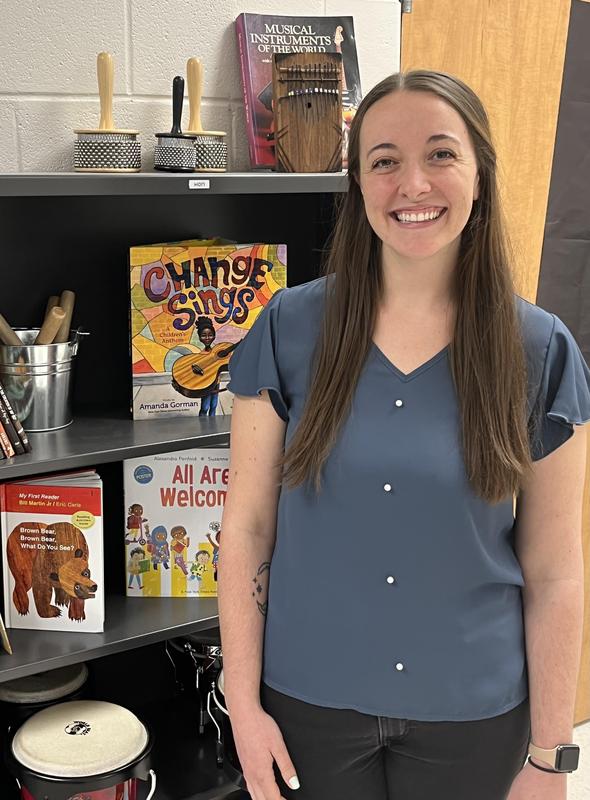 The Outstanding Young Music Educator Award is given “in recognition of work by young music educators who have shown extraordinary promise, diligence and success,” according to the TMEA website.

York was nominated for the award by another TMEA member and submitted information about her teaching and professional activities to be reviewed by the awards committee.

“I feel honored to receive this award and thankful for all the music educators I have had to look up to and support me throughout the beginning of my career,” York said.

York is in her sixth year of teaching music and her first year at Rocky Fork Elementary School.

Prior to her role at Rocky Fork Elementary, she taught at Hobgood Elementary School in Murfreesboro City Schools where she was named Teacher of the Year in 2020. She did her student-teaching at Lascassas Elementary School and Central Magnet School.

In addition to her teaching duties at Rocky Fork Elementary, York currently serves as the president of the Middle Tennessee General Music Education Association, an organization offering professional development for general music educators. She also serves on the TMEA council as a regional leader.

“Ms. York has an undeniable energy and passion for sharing music with her students,” said Lindsay Halford, RCS Fine Arts specialist. “She is such an asset to the Rocky Fork Elementary and Rutherford County Schools communities, and we are so proud she is being recognized for her contributions.”

York will be honored at an awards banquet at the TMEA Professional Development Conference in Nashville on April 28.