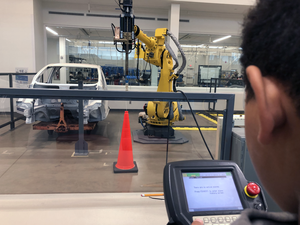 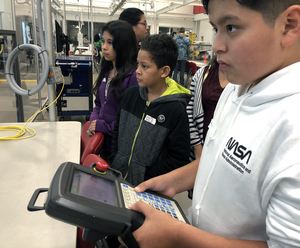 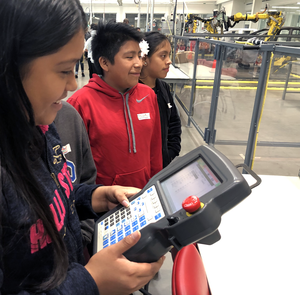 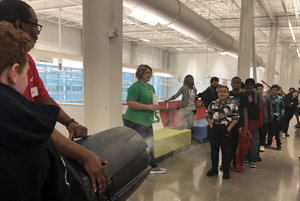 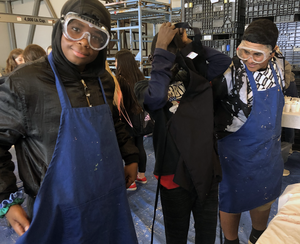 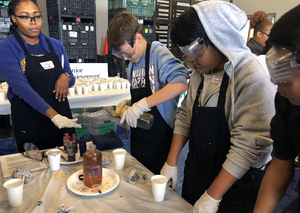 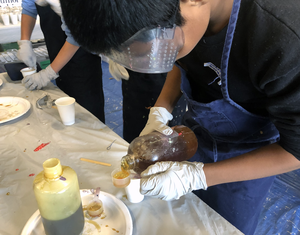 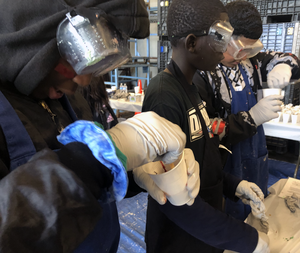 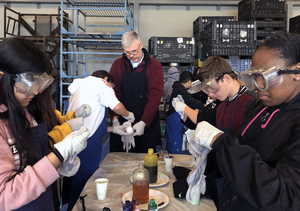 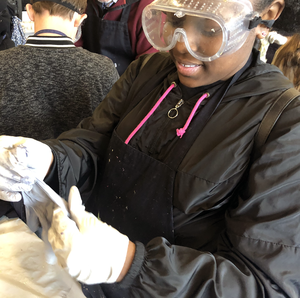 Neither of them had an opportunity to participate in the summit when they were in seventh grade, but both of them understood the benefits of being ambassadors leading groups of roughly 30 students from one session to another.

It is the second year Junior Achievement of Middle Tennessee has hosted the event at Tennessee College of Applied Technology in Smyrna.

They had sessions covering chemistry, physics and robotics along with a math challenge, and Nissan presented a video documenting advancement in autonomous driving.

“We’re hoping to open their eyes to different opportunities,” said Kimberly Young, district manager of Rutherford County for Junior Achievement. “To get them thinking about it.”

Sheila Yoder, summit coordinator for Junior Achievement, added, “The goal is to give them a hands-on experiential learning day.”

The summit is designed to expose seventh-graders “to as many opportunities as possible,” according to Yoder, who noted the importance of exposing students to an environment where they begin to “think about taking STEM-related classes” and to ultimately “find a career goal they’re interested in.”

Students take a YouScience assessment in eighth grade and — based on those results — they participate in a Career Pathway Fair with industry partners organized by Rutherford Works.

The summit and the fair build on one another in tandem with Rutherford County Schools’ focus on career-readiness.

“I wish I could do this more often,” said first-year principal Dr. Theowauna Hatchett, who accompanied Smyrna Middle students to the summit. “They’re excited and it exposes them to other areas.

Hatchett added, “They’re amazed … and one student even asked if TCAT has dormitories.”

Heath, a junior at Smyrna High, related to the students in the group she led from one summit session to another. Whether students are in middle school or even high school, she thought it was important for the students to be out in the community as opposed to just having a guest speaker.

The firsthand experience was a more powerful experience “and something they might not have otherwise known of or thought they would enjoy,” according to Heath, who is in the digital arts and design pathway.

Participating students — LaVergne brought 180, while Smyrna had 284 students — universally loved the chemistry experiment, as well as operating a robot fashioned after the ones used across the street at Nissan’s manufacturing plant.

This year was expanded by one day and went from including three middle schools to four.

LaVergne and Stewarts Creek took part Monday and Tuesday respectively, while Rocky Fork participated Wednesday and Smyrna closed out the summit on Thursday.

Junior Achievement is hoping to add a fifth day in 2020.

“Next year we want to grow it and have more schools involved,” Young said.