‘I would just pray and hope He will make something happen for us, which He did’ 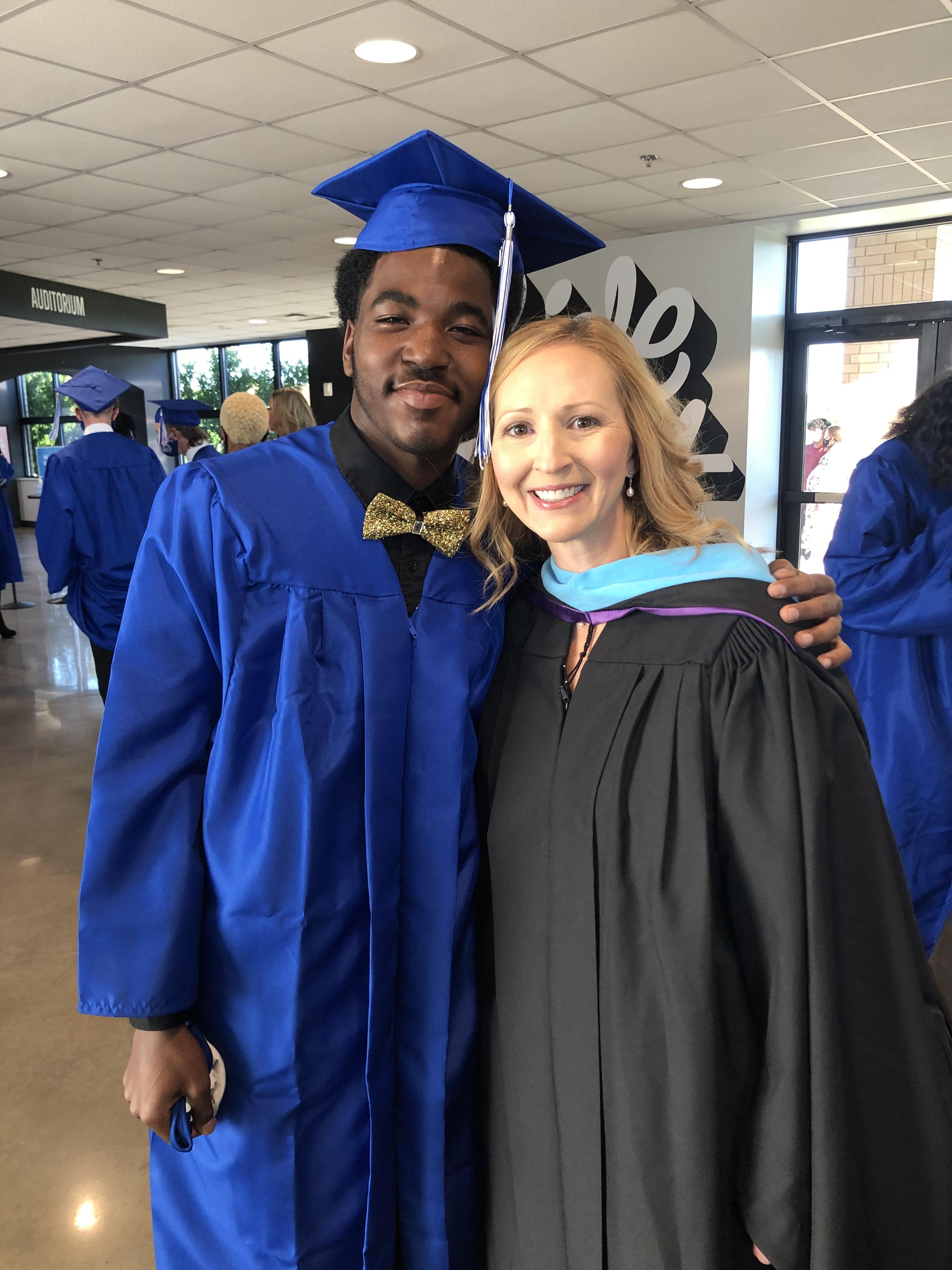 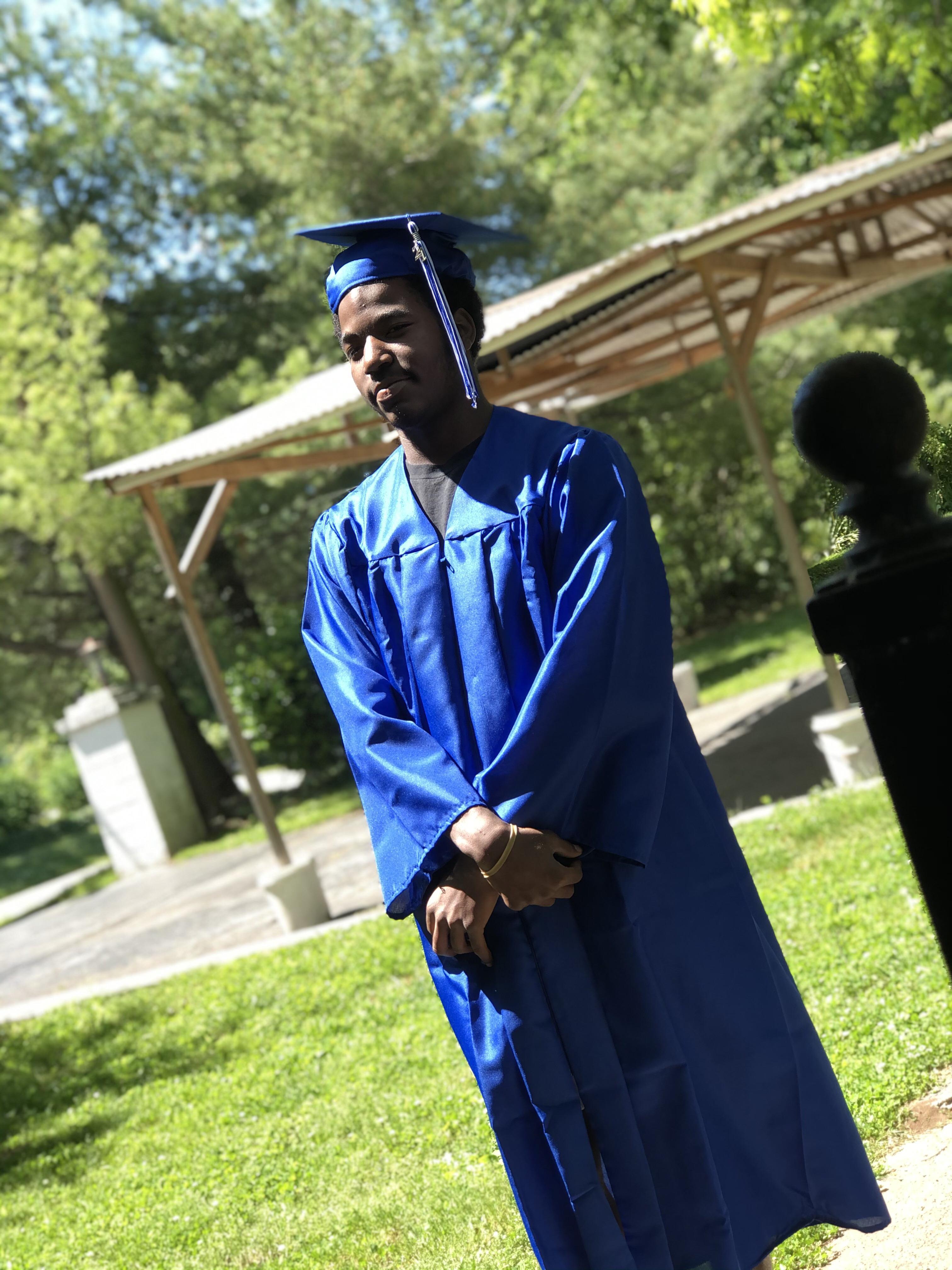 JaQuan LeGrand becomes first of eight siblings to graduate from high school; Florida native was homeless in Tennessee and now plans to major in computer engineering at TCAT

Those are just a few of the adjectives used to describe JaQuan LeGrand.

“That’s the reason I kind of trusted him more than I would another student,” said Buvvaji, who recognized LeGrand “sees the consequences of his other family members and he’s been through a lot.”

Despite being homeless throughout most of his time in high school, LeGrand, one of eight children, became the first of his siblings to graduate. He shared his story during a speech he gave during Holloway’s graduation ceremony last month.

“It’s amazing,” said LeGrand, who plans to attend the Tennessee College of Applied Technology, where he would like to study computer engineering. “It’s the best thing that happened to me.

“I thought I’d be like my brothers, but I had a different mindset. I always thought about myself doing better, doing the right thing, being better than my parents and my brothers. I just always had that thought about dedication and hard work.”

His father taught him hard work would pay off.

The hard work lesson was more about getting a job than staying in school.

“I never gave up,” said LeGrand, who accepted his high school diploma in front of his parents and family. “I was glad to walk across the stage.”

LeGrand had been living with his mother in Orlando, Florida.

He described his homelife as a “good and bad environment” and that his family had “made some wrong choices.” All four older brothers had either dropped out or been kicked out of school and JaQuan “started to be the same way.”

After talking it over with his mother, the two agreed that JaQuan mightbe better off moving to Murfreesboro to live with his father. It was not until he arrived, in 2018, that he discovered his father was living in a motel with a new wife.

“I would just pray and hope He will make something happen for us, which He did,” JaQuan said, referring to his faith.

Eventually the elder LeGrand put together enough money to move the family — JaQuan’s three younger brothers were there with him along with his oldest brother, his brother’s son and the baby’s mother — into an apartment. They all moved a couple times before his father “got into some trouble and went to jail” back in Orlando.

JaQuan’s older brother and his young family moved back to Orlando.

Their stepmother abandoned JaQuan and his younger brothers.

“She up and left, so we (were) in the house with no food, no lights, no nothing — just starving to death — and basically we had to find something to do,” recalled JaQuan, who ultimately chose not to return home to Florida with the younger brothers—ages 15, 16 and 17. “I just thought to myself, ‘No, I can’t go back.’”

Unlike so many other kids his own age, JaQuan already recognized he could not count on his parents to make responsible decisions on behalf of their children. His father was trying, “but I know how my dad is.”

Nevertheless, to give credit where credit is due, his father is the reason JaQuan even attended Holloway in the first place. He heard about the school and the two walked there together to meet the school’s principal, Sumatra Drayton.

It was a 45-minute walk each way — about as far as a kid can be expected to consistently walk twice a day without giving up and quitting — because JaQuan wanted something more for himself than his older brothers and parents.

And he was willing work hard for it.

The walk was made easier because Holloway was a family environment and JaQuan really took a liking to Leslie Mertz, who taught early childhood education courses.

“I used to talk to her every day about everything,” JaQuan said, “so she knew my story. She’s got a kid that’s younger than me, so she don’t know what to do with an 18-year-old — like with discipline, the requirements and stuff I need.”

Determined to graduate, the teenager saw the diploma as an opportunity to better his future. He would rather live with families of friends than go home to Florida with the others.

He finally went home to visit family after graduation but will be returning to Murfreesboro this month and is hoping to live with Buvvaji and her husband. But his stay there is not without restrictions and ground rules.

“She’s setting me up for the right direction to get on a right path of being older, starting to get my own things in order,” JaQuan said.

He needs to work on getting his driver’s license, finding a full-time job — Buvvaji suggested applying at Amazon, where he can make $12-15 an hour in the warehouse — saving for a car and securing an apartment by year’s end.

“It’s a hard lesson,” said Buvvaji, who sees JaQuan as having been subjected to more responsibilities than other kids his own age. “That’s not fun, saving money.”

It is worth noting, JaQuan is not at all bitter about guidance that comes from adults whom he sought out and befriended, rather than coming from his own parents.

“It happened. Whatever. Lets’ move on about it,” said JaQuan, who had some rather thoughtful observations regarding forgiveness. “Let’s move in the right direction, move somewhere that’s not going to make this happen again. Right?

“Keep working and never give up. Keep moving forward and think about the good that’s going to happen in life. Some bad things happened to me in my past, but I always thought about forgiveness. If you can’t forgive somebody for something, then nothing is ever going to work out. So, you have to forgive in order to move on, to not even think what happened in the past, to let the past be the past. Let’s move on to the present and see what the future is going to be like. I have that type of mindset where I forgive.”

Mertz tears up at the impression JaQuan has made on her and so many others.

Perhaps, more importantly, Mertz often thinks about how she and other adults can still have an influence even though he has graduated and is moving on.

“That’s something I worry about,” admitted Mertz, who taught JaQuan two of the three years the teacher has been at Holloway. “My oldest child is in fifth grade, so I’ve never raised a teenager. I don’t know what it looks like to support them without enabling them. … I don’t know what to do. I can’t commit to getting him to work every day. I was thinking this morning, ‘How do I, what do I do to help this kid?’”

The close-knit, family-like environment at Holloway saved him — without a doubt — but, the principal Drayton makes it a point to remind her staff they cannot control what happens outside of school.

All they can do for JaQuan, and every other student enrolled at Holloway High, is guarantee a safe and consistent place for kids who might be going through a lot at home.

“I’m a survivor,” JaQuan concluded. “I feel like I know right from wrong, what’s going to set me on the right path to do the right, to be the right person in life, to pursue my dream, to do something in the future that … nobody else thought of doing.”

Mertz added, “I’ve never met anyone who’s just so grateful for everything and appreciative and well-mannered and doesn’t ever seem to be mad or sad. I know he has his moment, but, gosh, he’s taught me how to roll with it and how to deal with people and how to love people, to be vulnerable with people and let them love you back.”

“I love that kid,” Mertz said.