‘We can try anything because it’s all new’ 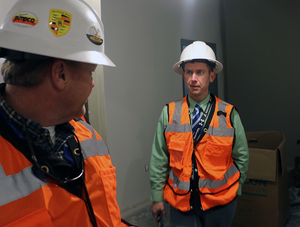 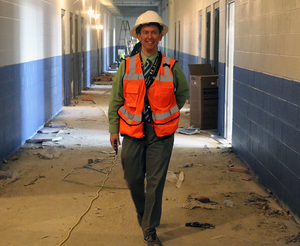 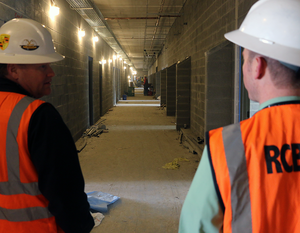 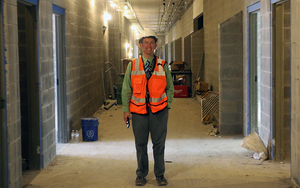 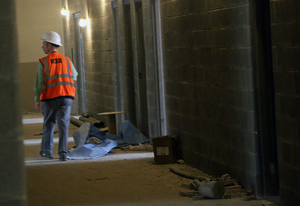 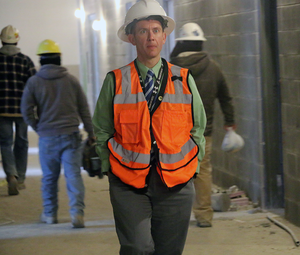 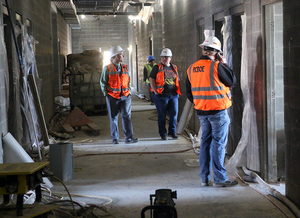 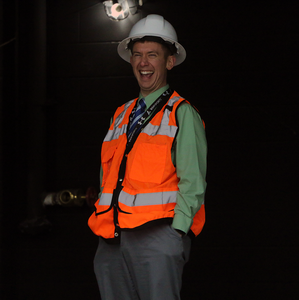 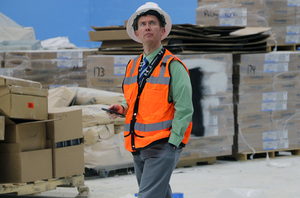 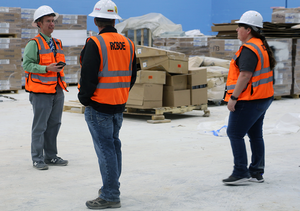 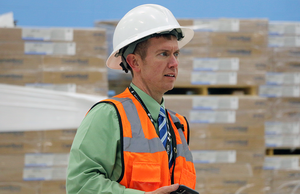 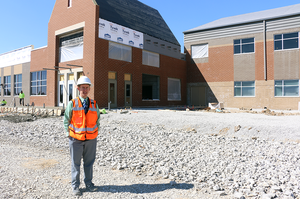 As the first principal of Rocky Fork Elementary School, Scott Bolden works to prepare the culture for the school’s opening in August

Scott Bolden took roughly 294 steps to get from the Professional Development Center to the office of the Director of Schools.

In that short walk he experienced “a lot of emotions.”

He hoped the call from Director Bill Spurlock was going to lead to an offer to be the first principal of Rocky Fork Elementary.

He was hopeful yet anxious.

“What should be a short walk from across the parking lot seemed like a long walk, but again, it was also fast.”

There were less than 300 steps that separated him from the moment Larry Creasy, principal at Siegel High School, told him Spurlock wanted to see him in his office and the handshake the two exchanged when he got there.

They sat down, talked some more about what it would mean to open a brand-new school and then Spurlock offered Bolden the job.

He accepted the challenge.

Then, of course, reality set it.

Before it was announced to the public, Bolden asked for the opportunity to personally inform his staff at David Youree Elementary. He wanted them to personally hear the news and not read about it in a press release.

He also needed to talk with his son, Max, who is a second-grader at David Youree.

“I was happy and excited,” Bolden said. “There’s that bittersweet moment too when you’ve been somewhere seven years and it’s a place that you have been to every day and poured your heart and soul into and changed things and got things rocking and rolling.”

Bolden was in his fourth year as principal and fifth year as an administrator at David Youree.

But there is a twist to Bolden’s hiring that has not knowingly happened in Rutherford County.

The approved rezoning will result in all of the current students at David Youree — through the fourth grade — transfering to Rocky Fork Elementary when the school opens in August.

“We actually end up creating our true zone lines,” said Spurlock, who added, “and being able to stay consistent with that age group — primarily all their teachers and administrative staff — is good for the culture of the school.”

And all but about 16 faculty and staff, including Bolden’s lead custodian, Alicia Nickens, will be going to Rocky Fork. Nickens has been at David Youree since 1998 and said if it was not for Bolden, she would stay at her current school.

“That goes to show you his understanding of how leadership works,” Spurlock said. “He understands the importance of his lead custodian and making sure she’s comfortable because it starts with the environment — how clean your school is, how much you take care of your school and the passion you have for your school. That’s part of the process and it bleeds over into the classroom — that kind of nurturing and pride in what you’re doing.”

Yes, Bolden said goodbye to everyone, but only until August when they will they rejoin together in a state-of-the-art two-story facility located next to Rocky Fork Middle, which opened in August 2017.

“I don’t think they truly get that we’re getting ready to go somewhere new,” Bolden said of the students at David Youree. “(They) had a hard a time really understanding what it meant when I told them I was leaving.

“I had to remind them the new school is not even finished.”

Bolden has developed a special relationship with the entire student body. He knows each student by name. He not only greets them in the halls as they pass one another, but they also care just as much about him.

In fact, he oftentimes is stopped for high-fives and hugs.

Naturally, on his last day at David Youree, there were tears.

“They were upset,” he recalled, “I reminded them, ‘I’ll see you again in five (or) six months in August.”

Spurlock said, “I’ve been to David Youree many times and when you walk down the halls you hear, ‘Good morning Mr. Bolden. They know him.’ … He’s developed a relationship with every one of them and it’s a good culture.”

There are 825 students enrolled at David Youree this year and Rocky Fork is expected to have between 800 and 850 students next year with an estimated 140 kindergartners. In the meantime, Bolden has been sending weekly video updates for the kids to watch.

He recently sent them a three-minute video that captured a tour of the construction progress, “so they can see where they’re headed.”

Spurlock described Bolden as an effective communicator who models what he expects.

And those expectations will be the same next fall.

But there will be some differences.

There are no portables at the new school, so for the first time all the kids will be inside the main building. When they have assemblies, there are enough bleachers in the gymnasium to seat all the students, and bathrooms are located next to all the classrooms. The school features an impressive cafeteria and all the classrooms will be equipped with an interactive Promethium board — a touch board that students and teachers will be able to use interactively.

And then there’s the art teacher.

Ashley Hughley is a fourth-grade teacher at David Youree.

Next school year will be the first time in 11 years that she’s had a classroom of her own. She’s been in a portable since arrive in August 2008.

And, of course, the new library will be three times the size of the current library.

For all the differences, the new environment will build on the current culture.

Bolden plans to carryover “No Worksheet Wednesdays,” in which teachers need to have interactive lesson plans that verbally engage their classes, and “Dress to Impress Thursdays,” in which students dress for the jobs they will have in the future.

Bolden is one of many elementary school principals who implemented a lot of what he’s learned from attending the Ron Clack Academy in Atlanta.

Each of the grade levels will be divided into Harry Potter Houses and will again participate in the countywide Amazing Shake program.

“That’s a big deal,” said Bolden, who added, “No one can say, ‘Well, we can’t do this because we haven’t ever done it this way. We can do whatever. We can try anything because it’s all new.

“It’s new for everybody.”