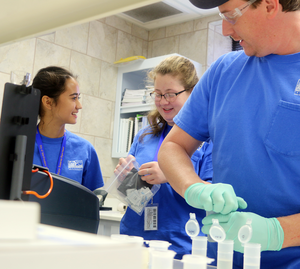 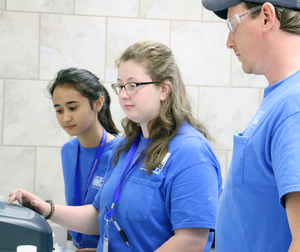 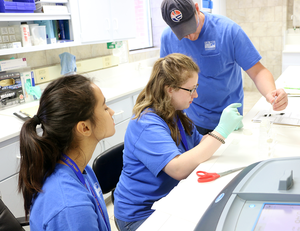 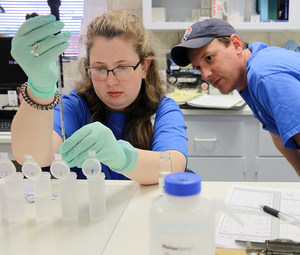 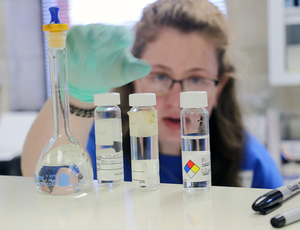 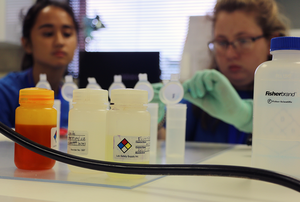 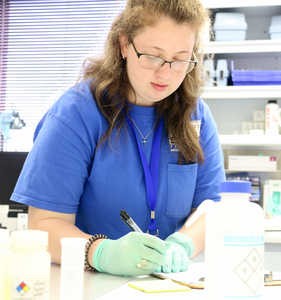 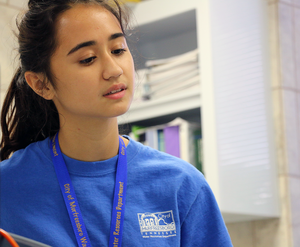 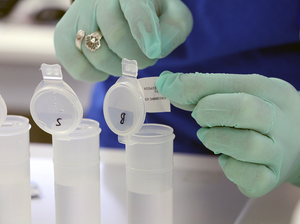 Having never visited the Murfreesboro Water Resource Department, rising seniors Caroline Speights and Kate Blankenship had no idea what to expect from their summer internship.

They had never been to the plant until now.

Nor did they know anyone who had visited the plant.

Speights was hired as a lab intern, while Blankenship was a plant operations intern.

The pair from Blackman High School were two of more than 50 interns participating in this year’s Rutherford Works High School Internship Program. They worked as tech specialists at Murfreesboro Water Resource Department.

“I honestly didn’t really know what to expect,” Blankenship said. “There’s been a lot more learning the full process of how water is treated than I had expected.”

Speights added, “You have that sense of wanting to prove yourself. They come at it from an angle of, you make a mistake, lets figure out how we can fix this and learn.”

Both of them wanted to find STEM-related internships.

Blankenship plans to major in biology when she attends college in Fall 2020, while Speight has an interest in biology and chemistry.

“I’ve always been interested in the STEM fields,” Speight said.

Blankenship said, “I figured that this would be closer to my pathway than anything else.”

“I was really excited,” Speight added.

Rutherford Works High School Internship Program is a partnership with employers who offer students productive and meaningful work assignments with a learning component ideally related to their area of interest.

The program provided rising seniors, who reside in Rutherford County, the opportunity to gain paid work experience with a Rutherford County employer in pathways that include agriculture, architecture and construction, business and finance, government and public administration, health sciences, hospitality and tourism, information technology, manufacturing, STEM and supply chain.

Students learned about and begin to develop 21st Century skills and competencies needed for success in the workplace. The duration was four weeks.

Each intern was paid $10 per hour as well as earning great experience for their resume.

Although Speight still feels she was best suited to work in the lab, looking back, she liked the plant more than she expected.

In the lab, they would assist with testing water for iron, phosphate, manganese and organics.

“It’s not necessarily secretive,” Blankenship said, “but we have badges. There’s gates and security, so it feels more like we’re getting in on something that not everyone gets to know.”

Blankenship plans to not only pursue a biology-related major, but also earn a master’s degree. She has not made an official decision, but Blankenship is leaning toward attending Washington University at St. Louis and considering Duke University.

Speight is looking at Vanderbilt University and the University of Tennessee at Knoxville.

Both girls, who will graduate from the Collegiate Academy at Blackman in May 2020, plan to visit those four schools and others this fall before deciding on which school to enroll in for Fall 2020.

The internship program has helped to inform whatever decisions they make.

“It’s definitely been a learning experience,” Blankenship said, “but it’s also been fun, so I’ve learned to put a lot more thought into how our water gets to us and is distributed. It’s fun because this is a different environment than a high school setting because it’s obviously more of a career type of internship as opposed to just like typical high school life.”