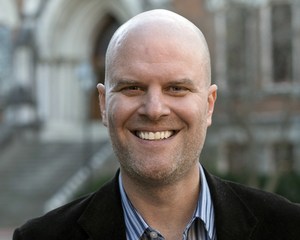 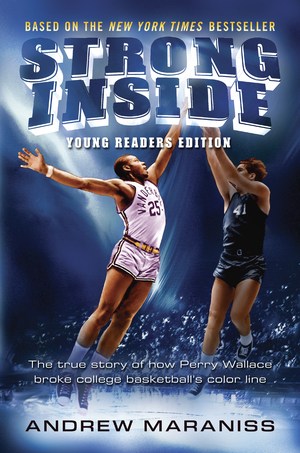 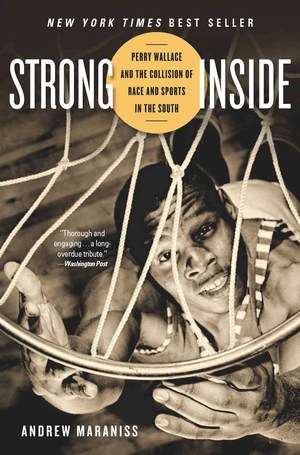 Andrew Maraniss is one of 41 authors participating in next month’s SE-YA Book Fest for Rutherford County students, and his book about Perry Wallace breaking the color barrier in the SEC is a ‘Black History Month’ conversation piece for young readers

The world of young adult authors is a tightknit community.

That’s precisely how the SE-YA Book Fest has been successful in landing so many nationally recognized young adult authors – many of whom have strong local ties to Middle Tennessee.

Last year, co-founder Liz Hicks — a librarian at Stewarts Creek High School — was at a Nashville book launch for David Arnold when Courtney Stevens, a young adult author and an advisor to SE-YA Book Fest, introduced her to Andrew Maraniss.

Maraniss had published “Strong Inside” and a young adult version was forthcoming. He expressed interest in participating in the second annual festival.

Hicks left Arnold’s launch for “Kids of Appetite” having landed Arnold and Maraniss on a list of what became 41 authors participating in the 2017 version of SE-YA Book Fest.

“That’s what we love,” said Barbara Collie, another of the SE-YA founders and another librarian at Stewarts Creek, “how tight the young adult community is.”

Fellow co-founder Erin Alvarado — a librarian at Central Magnet School — said she and Hicks along with Collie and Sonya Cox promoted the first-year of the festival mostly through word of mouth and social media platforms. In addition to www.seyabookfest.com, they can be found on Facebook and Twitter.

“Strong Inside” is The New York Times bestselling story of Perry Wallace becoming the first African-American basketball player in the Southeastern Conference when enrolled in Vanderbilt University in 1966.

Like the adult version, the young readers’ edition of “Strong Inside” is more than a sports biography. It’s the courageous story of a young man who overcame hatred and isolation during the height of the Civil Rights movement and went on to become a lawyer and college professor.

As a tie-in to Black History Month and preview to next month’s SE-YA Book Fest, Maraniss participated in a Q&A.

When Strong Inside was first released, you were hoping there would be an interest in Perry’s story throughout the southeast. Here we are a few years later and it continues to take on a new life.

It is gratifying to see this project have such legs. You know, I first began writing about Perry Wallace in 1989 when I was 19-years-old. I wrote a paper about him for a Black History class at Vanderbilt. Then in 2006 I started what became an eight-year process of researching and writing the original biography. That book came out in late 2014, and next I began editing the Young Readers version. Here we are 11 years after I conducted my first interview for the book and it’s still rolling along. Telling this story has provided a certain purpose to my life in some ways.

There’s no doubt the experience has been rewarding for you, but it’s also an indication that you were right to spend eight years researching and writing Strong Inside.

Having written that paper back in 1989 and spending time around Perry Wallace afterward, I knew that Perry Wallace was a “hidden figure” that people would be interested in learning more about. Then, as I researched the book and came across so many interesting side stories and characters, I began to realize this was a book about much more than basketball. It has all the ingredients for a captivating personal story, but with so many events of the civil rights movement and 1960s playing a key role in elevating the story beyond the basketball court.

How does the book you first wrote and published compare to the newly released young adult edition?

The primary difference is the length. The young readers version is about one-fourth the length of the original. My editor at Philomel, Brian Geffen, was fantastic and we worked really well together creating this new version of the book. It’s not “dumbed-down” at all.

I was surprised to learn that your publisher did not want you to temper some of the racial tension or tone down the stories.

It was very important to me and to the publisher that we did not sacrifice the drama of the story during the editing process. I felt like it was important that kids understand exactly the kind of racism and other challenges Perry Wallace and others faced. It lets the racists off the hook and it diminishes Perry’s strength and courage if you sanitize the story.

You’ve been all over the country promoting this book since its initial release, but if I remember correctly SE-YA will be your first young adult festival.

Yes, SE-YA will be my first young adult festival and I couldn’t be more excited. The organizers have been fantastic. They are so well organized and so enthusiastic. I have heard great things about how last year’s festival went and it is an honor to be a part of it this year.

One of the unique characteristics of SE-YA is the one-on-one focus between authors and students.

Having the opportunity to interact with young people is the very best part of writing a book for kids. There’s an honesty and earnestness in their reactions to the story that is very meaningful to me. As a father of two young kids, I am so grateful for the influence my kids’ great teachers have on their lives every day. I feel a great responsibility to have a positive impact on the kids I meet, whether that’s encouraging them to write or sharing the story of a young person – Perry Wallace – who overcame obstacles, just as these kids can and will do.

How do you expect a festival setting like this will compare to the many school visits you’ve made?

One of the great things about festivals are the great connections that are made between authors, readers, booksellers, event organizers, community members. One difference I have noticed between the world of adult books and books for kids is that there seems to be a much more tight-knit, supportive community in the young reader book world. That’s very appealing to me.

Kids are naturally inquisitive, so I’m wondering what do middle and high schoolers most often bring up?

Sometimes they’ll ask questions that are a little silly, like what is Perry Wallace’s favorite food, but more often than not I’ve been as impressed with the questions from kids as I have been from adults. One student in Washington, D.C., recently asked Perry to compare college athletics to the old minstrel shows in terms of the exploitation of African Americans. Kids often ask why Perry Wallace was willing to become the first black player in the SEC and if he knew how difficult it would be.

To me, there are two major parts to Perry’s story. There’s the racial struggle while at Vanderbilt and then there’s the successful lawyer and scholar he later became. Which of those resonates with young readers—the challenge or what comes from overcoming that challenge?

They are interested in both sides to the story, and I think it’s very important to always make a big deal of the fact that Perry earned his engineering degree and his law degree, that he became an attorney and a professor and that he overcame so many obstacles along the way. But it is in talking about the obstacles, the racism and the isolation he felt, where kids become most mesmerized by the story. The tension and drama are in the challenge, so it’s only natural that’s what they’re most drawn to emotionally.

Adults often compare Perry’s story to that of Jackie Robinson breaking the color barrier with the Brooklyn Dodgers. Is that comparison lost on young people today?

I’ve been very impressed with the knowledge of the civil rights movement among the kids I’ve spoken with. They recognize pictures of Jackie Robinson, Rosa Parks, even John Carlos and Tommie Smith at the 1968 Mexico Olympics, or the 1960 lunch-counter sit-ins. Many students have seen the movie Hidden Figures and react when I show them a slide from that film. I also like to point out, however, that pioneers aren’t just from way back in the past. Barack Obama is an example I’ll use. And Perry Wallace himself isn’t ancient history – he’s still teaching, not even retired yet. Unfortunately, when I get going on my presentation and it’s all about race and racism and people with differences getting along, and the courage just in telling the truth, the story is all too relevant to current events. Kids get that.