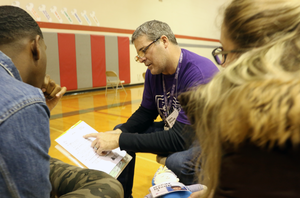 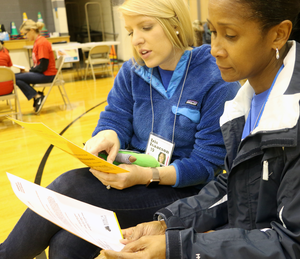 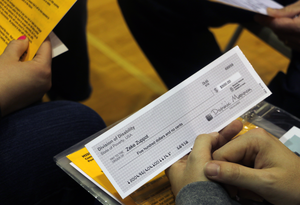 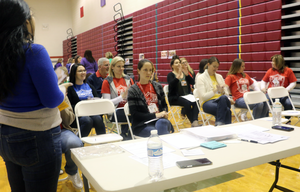 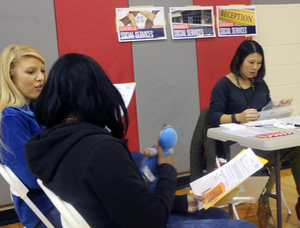 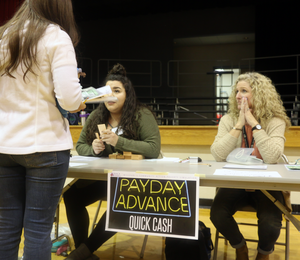 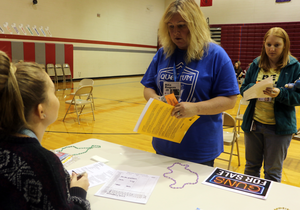 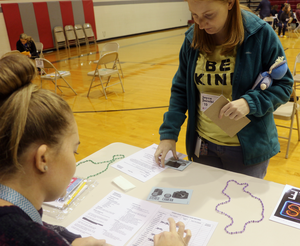 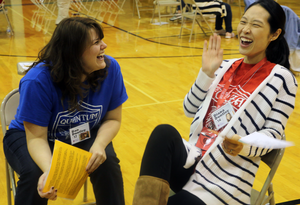 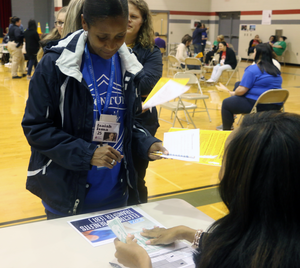 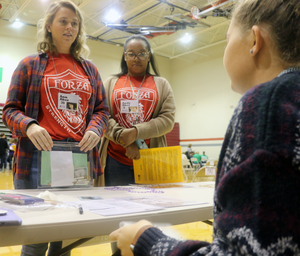 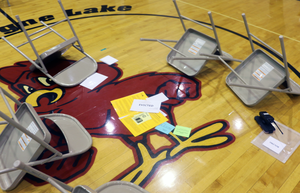 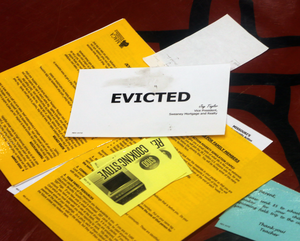 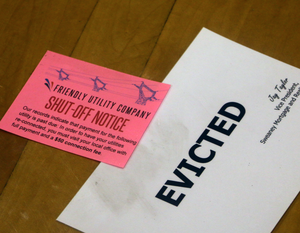 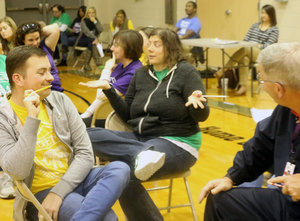 Seems easy enough for teachers, administrators and staff members to have empathy for their students, but following a recent poverty simulation at LaVergne Lake Elementary School, participants universally said they had a better understanding of the stress parents endure when living in poverty.

“Can you imagine the real anxiety,” said Richard Wood, a physical education teacher at LaVergne Lake.

“That’s another layer of empathy,” said Ciara Burnett, a second-grade teacher at the same school.

Like Burnett, Antonio Redmond, a third-grade teacher, said the exercise was “eye-opening.”

All three agreed kids are aware of trouble at home, especially financial trouble, and are not always able to focus on their schoolwork, concerned about grades or able to give their best in the classroom when they’re worried about whether or not they will have a place to call home that night.

“I grew up very privileged,” Burnett said, “so being in this (poverty simulation) really opened my eyes to what our kids are really thinking about.”

Burnett added, “They have a lot more going on in their life that you can’t always see.”

The poverty simulation, which is facilitated by ATLAS liaison Kim Snell, is a two-hour exercise in which teachers and staff are divided into 20 families. ATLAS is Rutherford County Schools’ program to assist families who are homeless or in transitional housing.

Other participants in the exercise represented everything from a super center clerk to social service workers, quick cash tellers, pawnshop workers, healthcare providers and other services and businesses in the community, including the police department.

Each “family” receives a packet that includes name badges, bios, background information and a recap of their family’s financial status that includes their monthly spending allowance and foreseeable expenses.

The two-hour window represents one month and is divided into four weeks.

The packet outlines various tasks each family must accomplish throughout the month.

Brittany Lenderman, a third-grade teacher, had never participated in a poverty simulation. Prior to beginning the exercise, she said, “I’m just taking it as it comes.”

Lenderman was surprised when Anna Hill, a guidance counselor at LaVergne Lake and one of the few who had previous experience with the poverty simulation, said it becomes “really stressful” as the exercise unfolds.

Camy Stout, who also had participated in a previous poverty simulation and represented a healthcare clinic — “no one comes to the healthcare table” — staffed the pawnshop table for the most recent simulation.

Stout’s observation regarding the healthcare clinic proved to be right.

The character profile for three of the participants indicated they were pregnant, but only one of them made it a priority to visit the doctor once that month.

For a number of reasons — too costly and too time-consuming being among the two most common excuses — visiting the health clinic was not a priority.

Meanwhile, the pawnshop got progressively busier in the second, third and fourth week.

“They were getting real snippy with me,” said Stout, who said families began to haggle more as they became desperate to put together enough money to pay rent, bills and other unanticipated expenses.

“I’m supposed to be difficult, which is not typical of me, but I have to be kind of firm.”

The family packets handed out beforehand included cards that represented televisions, stereos, furniture and jewelry — all of which families eventually tried to pawn.

Burnett, who was paired with Redmond and Wood, said their family became frustrated with all the different meetings and appointments that needed to take place during the day, which ultimately interfered with work and school commitments.

Wood said he became frustrated with how often the answer to his questions was no.

He said there was never enough money.

Although Wood’s character was enrolled in college, he only managed enough time to attend class the last week of the month.

For good measure, Wood said them both twice.

Burnett said those words a third and fourth time in a matter of minutes.

“Even today a parent called and was so mad about something so little that I couldn’t understand the anger,” Burnett recalled of a real-life situation that unfolded just hours before the poverty simulation.

The afternoon exercise helped Burnett to realize, “I don’t know what that mom is dealing with.”

Burnett now understands she was not the problem so much as she happened to be the next phone call made by that particular parent.

“I’m not a very patient person,” Burnett continued, “but this has really opened my eyes.”

Based on feedback from an anonymous survey conducted afterward, it was an equally eye-opening experience for many of Burnett’s colleagues at LaVergne Lake Elementary.

Several participants referenced gaining “insight into time constraints and decision-making” as well as a “greater understanding of personal struggles.” Another mentioned the importance of being a “better listener and not so quick to judge,”

One participant wrote that even when education is not a priority, “parents still care.”

In a matter of two hours, a majority of the participants took away a positive lesson from a negative situation.

Wood concluded, “What I take away from this is to be more empathetic and understand they’re going through some rough stuff.”

“I agree,” said Burnett. “Kids are resilient, and they come in with a smile on their face and just say they wish there wasn’t a weekend. Those are the ones who concern me more because I don’t know what’s going on, on the weekends.”